Around the time same-sex marriage became legal in New York the idea of complex sexuality seemed to be in the air around me. Fifty Shades of Grey was getting attention, political chatter was everywhere, a dominatrix was interviewed by Terry Gross, and my roommate told me about her fetishist friend studying for a PhD in psychology. Our culture is just beginning to accept sexual identity beyond the traditional male/female roles. This project is a natural response to what I feel is a limited understanding of (or desire to understand) the very complex nature of sexuality in America. I wanted to go further than the "norm" and meet people whose identity is more nuanced than the black and white concepts we are fed daily.

I started doing research and learned about the vibrant kink community in NYC, including a Facebook-like website called Fetlife.com, which launched in 2008. Not long ago it would have been quite difficult to contact a wide variety of fetishists without scouring the city trying to earn trust. A historically underground community is now meeting online, so I was suddenly granted access to thousands of people that are otherwise hidden.

The photographs are all taken at the subject's home or personal space. Plenty of documentaries show scenes of sexual deviants at play in dungeons and swinger's clubs, but my intention is to connect the audience to people with different sexual appetites on neutral ground. There may be inherent exoticism in the way some fetishists look, but only because they exist outside of what we perceive as the norm. Many enjoy the anonymity or rebellious culture of fetishes, while others are simply themselves, excited by ideas other than basic sex. By choosing to look at these images I hope people will wrestle with their preconceptions. There are intricacies in our human relationships that kinksters embrace and often exaggerate, giving us a window into pockets of the complex human mind we aren't usually tu 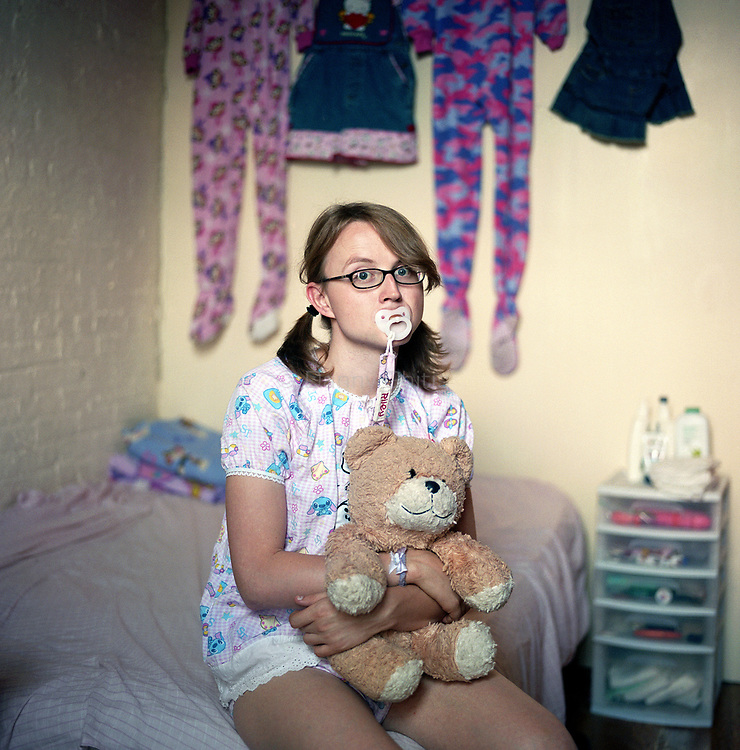