A dance theatre piece inspierd by the classical Jewish play The Dybbuk by S. Ansky. "Ov" is an instrument by which the living can communicate with the spirits of the dead. This creation, which takes place in the twilight of the souls,
brings to life the mythical lovers Hanan and Leah, from the play. The lovers, their souls connected together for all eternity, pursue and seek after each other between the worlds. 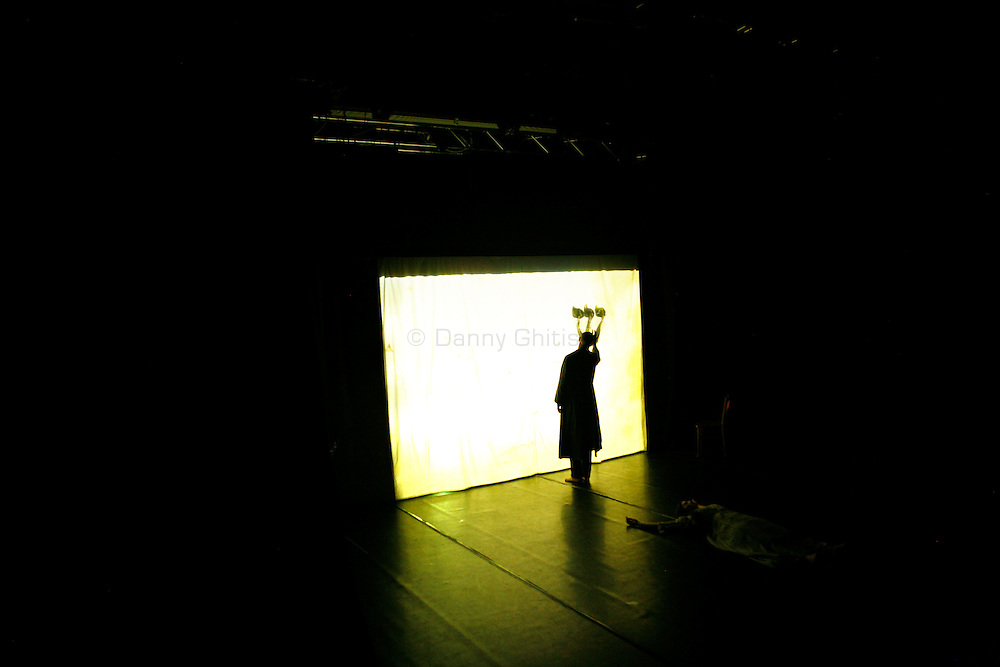